Why, as a Passionate Pro-Life Pastor, I Won’t be Endorsing or Supporting any Politicians or Political Parties 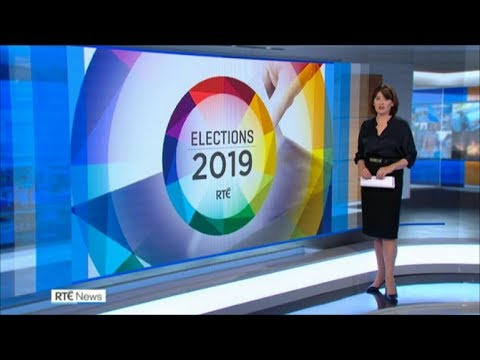 It’s election time again in Ireland. Next week we’ll be voting for Councillors for local authorities, MEP’s for the European Parliament, and in a Referendum about making divorces easier to obtain.

I am not one of those people who says Christians should stay out of politics. Christians should care about righteousness and justice, and political issues affect people’s lives. I have already issued a statement about the divorce referendum: https://eaiseanchai.wordpress.com/2019/05/15/marriage-matters/

I have been involved in a number of single-issue political campaigns, including a heavy investment of my time into last year’s Referendum campaign where Ireland,tragically, voted to remove the right to life of unborn children. During the last General Election, I displayed a screen during church services that listed which candidates were pro-life in their statements and promises. I felt this was important, as I knew that the push for abortion legislation would be held in the next parliament.

Now, I see a number of Christians are committing to promote or canvass for any candidates who will take a pro-life stand. I have been approached by political candidates seeking my endorsement as a pastor, or looking for us to place their campaign literature in our church. A real problem with all of this is that candidates and parties have a wide range of policies and positions on issues other than that of abortion. Some candidates who claim to be ‘pro-life’ espouse a version of right-wing nationalist populism that I see as deeply unbiblical.

In 2 Kings 20:1-20 we read about King Hezekiah getting healed and his life being miraculously extended by God. Hezekiah was one of the good kings. He had been used by God to save Jerusalem from the attacks of the Assyrians. Now emissaries arrived from Babylon, offering congratulations on his healing. Hezekiah knew that the Babylonians were rivals to the Assyrians. On the principle that “My enemy’s enemy is my friend” he welcomed them into his palace and showed them his storehouse of treasures. This resulted in a stern rebuke from God, delivered by the prophet Isaiah. Hezekiah had opened the door to the enemy that would destroy Jerusalem, tear down the Temple, and carry the Israelites as slaves into captivity.

In recent years I have been disgusted at the duplicity of mainstream politicians and media. Politicians who got elected by parading their pro-life credentials became enthusiastic apologists for abortion. But, that does not justify allying the church of Jesus Christ with other politicians – some of whom, when it comes to trying to stir up populist prejudice against immigrants, are just as unprincipled and opportunistic. I can see no political party that offers a platform that is consistent with the truths and values of the Kingdom of God.

In the 1930s, many Christians were concerned, rightfully so, by the spread of Communism. (Remember, we are talking here about the cruelties perpetuated by Stalin.) So large numbers of Christians voted for a leader who promised to halt the Communists – and in doing so they enabled Adolf Hitler to commit the unspeakable horrors of the Holocaust. We like to remember the sacrifices of brave souls such as Corrie ten Boom or Dietrich Bonhoeffer who stood against the darkness – but we should also remember the Christian support for Hitler that is an enduring stain on the history of European Christianity.

I am a passionate pro-life pastor, and as such I could never vote for any politician that supports the killing of unborn children, but I will not be endorsing or supporting any politicians or political parties during this election season.