The UK’s Supreme Court has finally, and unanimously, ruled that Asher’s Bakery in Northern Ireland was not acting unfairly or practising discrimination when they refused to fulfil an order for a custom-baked cake featuring two Sesame Street characters and a slogan supporting gay marriage.

Taking the case through its various legal stages has cost over £450,000 (€510,000) in legal fees. Making the lawyers the real winners in this controversy. 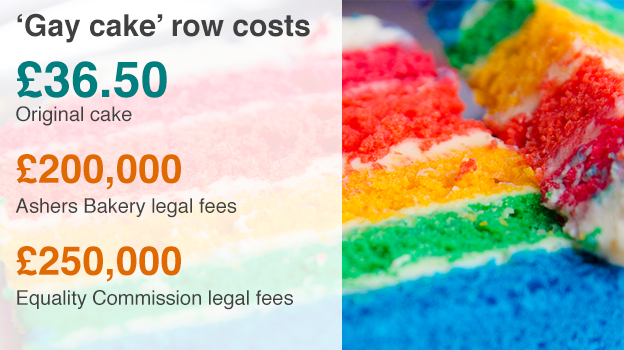 The Supreme Court judgement recognised what was glaringly obvious to most people, that the bakery were not discriminating against the customer on the basis of his sexual orientation, but were rather choosing not to produce a piece of propaganda for a message that went against their deeply held beliefs.

We should not expect a Palestinian baker to be compelled to produce a cake decorated with a Star of David to celebrate the anniversary of the founding of the State of Israel. A printshop owned by a Northern Irish Catholic should not be forced to print election posters for the DUP. Nor should an LGBT publisher be forced to publish a book that argues that marriage is exclusively between a man and a woman. Whether we agree with the beliefs of the business owner, or indeed of the proposed customer, in each of these scenarios is not the issue. In each case both the business owner and the customer have the right to hold their individual beliefs. The issue is that we should not deliberately and provocatively place an order with a particular business, with the express intention of causing offence or creating controversy. Particularly, as in the Belfast bakery case, when there are plenty of other companies that would gladly accept the business.

I don’t think anyone genuinely believes that the customer in question just happened to choose a bakery which is well known as a business owned by evangelical Christians, and whose very name, ‘Asher’s’, is taken from the Bible. This was clearly a calculated attempt to provoke a response, and then to claim discrimination.

The ruling from the Supreme Court made clear that it is unacceptable for any business to discriminate against a customer on the basis of their race, religious beliefs, political views or sexual orientation. That is as it should be. But it has also made it clear that free speech and equality do not give us a mandate to behave like jerks. And that is a lesson that all of us, including Christians, need to take to heart.